“Smart and sophisticated. Titanic-like. Cleverly stitched.
​I became so engrossed with the love story, I forgot there was a fire.”
- Craig Kellum, Script Consultant and former Universal Studios Development Executive 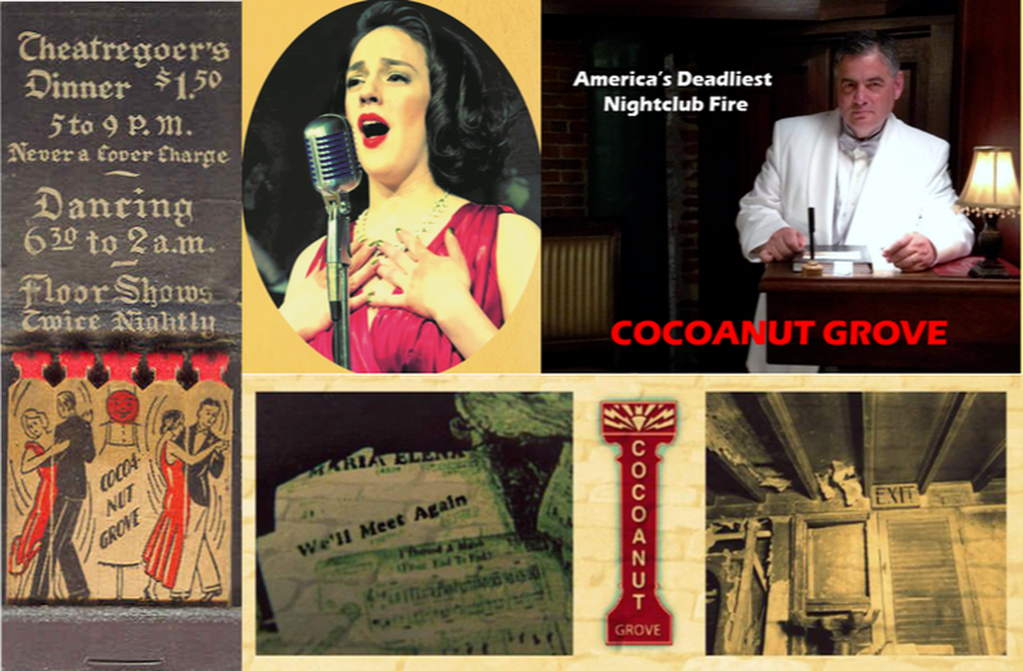 A LEGACY YET TO BE HONORED
The 1942 fire at Boston’s Cocoanut Grove nightclub claimed the lives of nearly 500 people and injured hundreds in less than 15 minutes, almost half of them trapped in a revolving door. As a result of this horrific tragedy in American history, fire laws across the country were reformed, and medical advances were made. It’s even said a city ordinance forbids any business in Boston from using the name Cocoanut Grove.
“COCOANUT GROVE" is a film that deserves to be made – about nearly 500 lost souls who deserve to be remembered. It has everything: An uplifting love story, heroes and villains, quirky supporting characters you root for, comic relief, a hero's journey, a romantic time period (early World War II), a dramatic build-up to a horrific tragedy, great period music, a twist ending, and a powerful coda – life-saving advances in medicine and fire safety that give meaning to a senseless tragedy. And here's the best part: IT IS ALL TRUE AND NOBODY KNOWS ABOUT IT.”   - Boston-based Author and Script Consultant Saul Wisnia
​
Cocoanut Grove is a coming-of-age story with 40's-era uniformed heroes, ruby slippers, and mink-draped mobsters.
It is also a tale of unexplained, meaningful coincidences surrounding the day of the fire that defies common sense.
Yet it's also a simple story, with timeless messages that bear repeating.
Follow your heart. We'll meet again. Please remember me.
​​